Skip to main content
What is your relationship with SCORE?
SCORE client
How SCORE helped.

Tamara Jackson has built her career on providing healthy local food to patrons along Maryland’s Eastern Shore. That’s no coincidence: From a young age, Jackson’s parents taught her to incorporate fresh foods from the garden into her cooking. After working as a restaurant inspector for the Dorchester County Health Department, Jackson started her first business: a carryout restaurant serving breakfast and lunch. Her second business, a small cafe serving farm-to-table food, confirmed for her that, as she says, “many restauranteurs were so busy creating appetizers and entrees that they seem to have limited time in which to create delicate desserts.” She decided to start a company that would fill this market void.

“My biggest challenges to date have been to learn to be flexible and to scale the business as it is growing and expanding into various areas along Maryland’s Eastern Shore,” says Jackson.

"I was referred to SCORE Mid-Shore for mentoring, and developing my market strategy while in the early planning stage of creating T’s Divine Sweets & More, LLC, a dessert and soup catering service. I found a great deal more than mentoring in John Franke, Chairman and George Howie. They have affected every ‘gray’ area of my business venture, including fundamental and logistic questions. They continue to guide me to my Grand Opening. John and George are two of my biggest supporters. I appreciate how they have ‘taken me under their wing,’ and encouraged me through the many “ups and downs” incurred during the various stages of opening a small business. I don’t think I’d be so far along without their help and guidance. Thank you!" 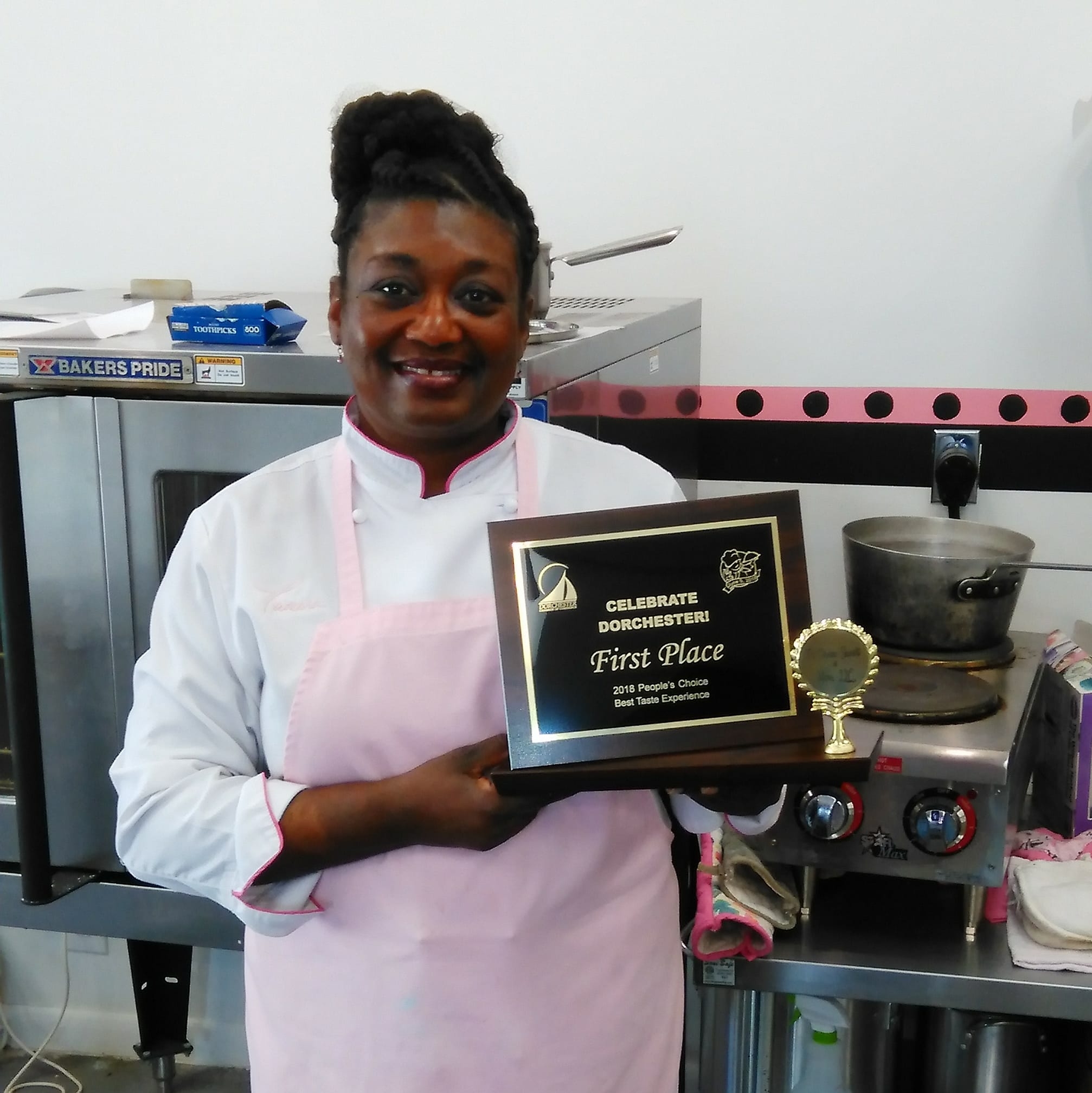 Jackson developed her business plan with help from SCORE Mid-Shore chapter chair John C. Franke and SCORE mentor George Howie. Franke and Howie also provided market and financial management advice during her initial idea phase. Jackson reached out to them again as she was getting ready to launch.

“Mr. Franke and Mr. Howie met with me and provided information that was invaluable regarding the path forward process for my planned business,” says Jackson. “SCORE Mid Shore advisors instilled in me great confidence to pursue, persist and prosper.”

Jackson won first place in the popular vote for desserts at the 2018 Celebrate Dorchester event sponsored by the Dorchester Chamber of Commerce. She now sells her desserts at restaurants in four Maryland counties.